I’ll start first with the socio-political, then move on to sports and the arts.

Person of the Year – Van Jones

Mr. Jones, the man who stole my look (haha), has been the sane, rational and peace-promoting voice amid the tumultuous political storm of this election year. He’s open to debate, to listening to the other side and establishing the kind of dialogue that can lead to understanding, enlightenment and hopefully empathy. I posted a video here over the summer that showed him taking time out to answer some pro-GOP’ers question on the streets when they tried (unsucessfully to goad him into a contentious debate. He didn’t fall for it, and he managed to surprise and educate his interviewees and all the onlookers. He’s a classy guy with a big heart (was also good friends with the late Prince). After the election was over he did a special series on CNN called “The Messy Truth” that aimed to understand why voters supported the Orange One. A journalist/political commentator willing to go into the shark infested waters of ‘the otherside’ in an effort to understand and expose their specific truth, is just another of many reason why I’m compelled to tune in to this man.

No, he did not win the Democratic nomination at the end of the primaries, but he was very gracious in defeat, and while he campaigned he helped galvanize a nation of progressives while awakening and reminding those who’ve been asleep or have forgotten what a progressive democracy should look like. A model of consistency, he never wavered in his message.

One of few conservative public figures who had the courage and integrity to speak out against the very existence of U.S. President-Elect Donald Trump within her beloved GOP. And when a lot of ugly truths started coming into the light, she did not back down, especially on her CNN platform. She once tweeted: “The (R) behind [his name] does not stand for Republican. It stands for REPREHENSIBLE. REPUGNANT. REPULSIVE.” Navarro never backed away from her opposing stance against the Orange One. She even voted outside of her party. She’s my favorite conservative mouthpiece.

Athlete of the Year – LeBron James 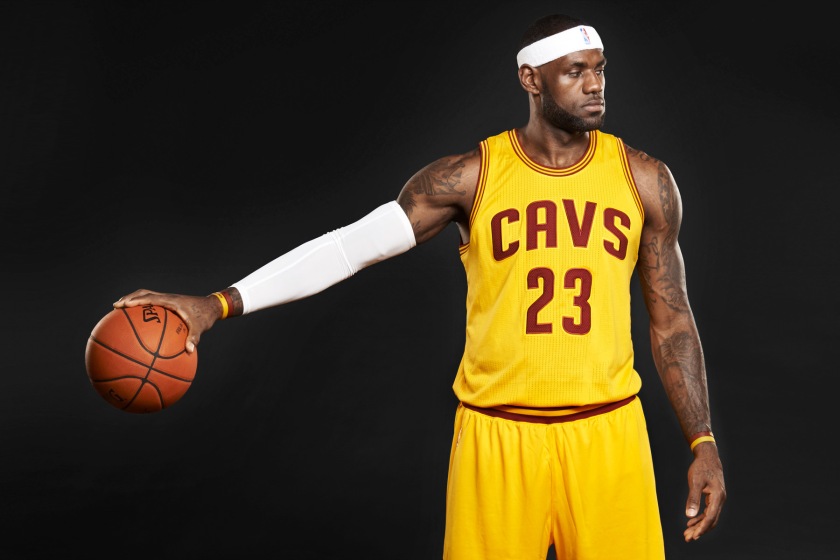 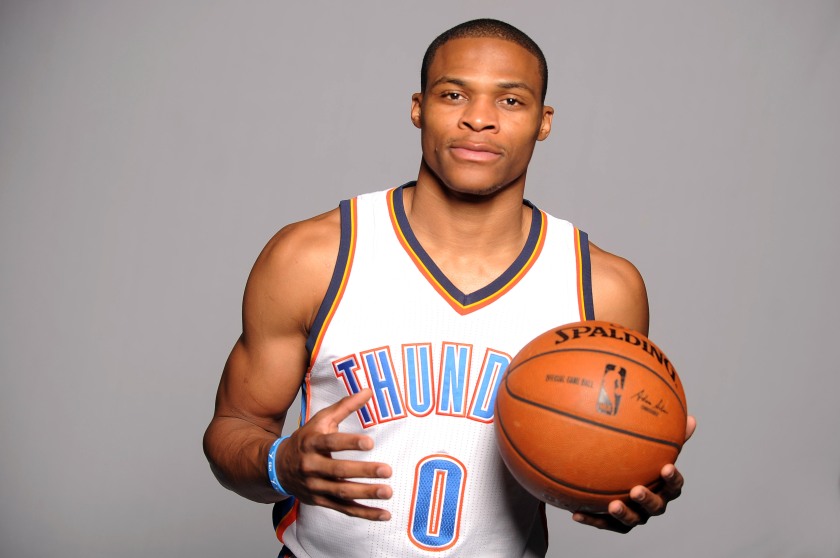 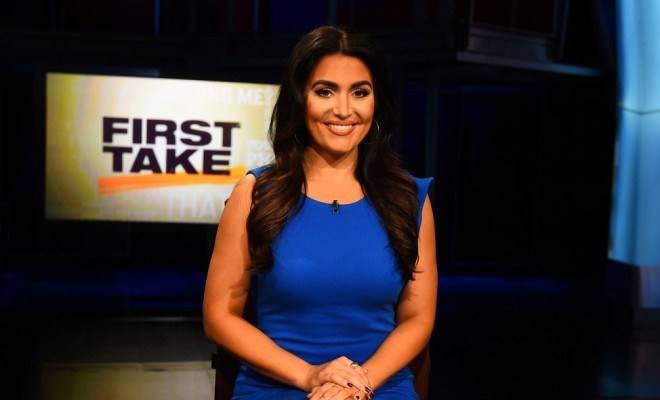 Words that describe “Mollywood” are: poised, intelligent journalist, fair-minded moderator, astute commentator, and a jubilant and exciting hostess with the mostest who is quite easy on the eyes. She can be seen weekdays on ESPN’s First Take and Mike and Mike shows.

Sports Podcast of the Year – Jalen and Jacoby

While at work I would listen to a specific lineup of daily sports podcasts. This is the one I most looked forward to for unique insight (Jalen Rose being a former player likes to take us “behind the curtain”), humor (Jalen and his co-host David Jacoby have great chemistry and a naturally blended sense of humor) and a variety of sports, hip-hop and pop culture entertainment topics. The self-depreciating humor and things like the “Don’t Get Fired Topic of the Day”, “Jalen Summarizes a Movie Plot” (badly) and the “Give the People What They Want” Q & A are standout segments.

Papi is the sardonic heart and driving force of humor on his son Dan Le Batard’s TV show Highly Questionable on ESPN. Co-hosted with Bomani Jones who plays both the other straight man and the other comic foil, the three men have developed some of the best chemistry on TV. But every fan of the show watches it for Papi’s antics, everything from his hot takes, his disses, his rants, his raps, his dancing, his stripping, his predictions, his phone calls to “Jaunito” to place a bet, and his declarations ending with “Papi has spoken.” And of course he’s always intrigued during the “Si or No” segments.

Honorable mention goes out to Bomani Jones as well as the entire Inside the NBA crew (who essentially win this category every year by default) of “E.J.” Ernie Johnson, Kenny “The Jet” Smith, Sir Charles Barkley and “The Diesel” Shaquille O’Neal 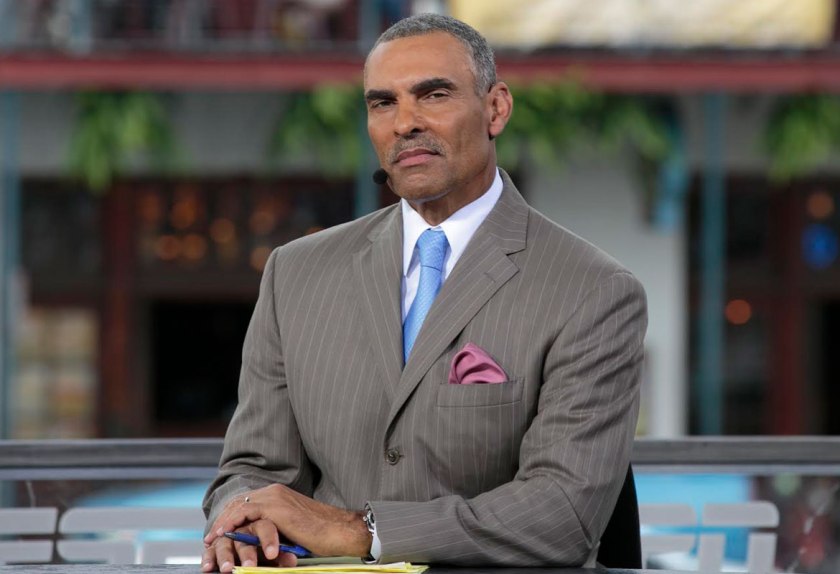 I love. This man. I could listen to Coach Edwards speak just on life, let alone sports, all damn day long. He’s that sage uncle we all wish we had. His sports analysis is great because of his unique perspective on life and sports comes with a profundity that you really can’t get elsewhere. He is a national treasure. Remember, even in the game of life “you play to win the game.”

Comeback of the Year – Metallica

With eight years passed since their last proper album, the fellas–James Hetfield, Lars Ulrich, Kirk Hammett and Robert Trujillo –returned with Hardwired . . . To Self-Destruct, an effort that arguably surpasses their previous few. Standouts songs for me are: “Moth to a Flame”, “Now That We’re Dead”, “Hardwired”, “Spit Out the Bone” and “Atlas, Rise”.

Letdown of the Year – The Weeknd

Starboy the album is easily Abel Tesfaye’s worst offering in five years. ‘Nuff said. “Starboy” is a good song, though.

TV Ensemble of the Year – Cast of The Flash

Favorite TV Show. One of my favorite TV families. It’s always a good time hanging with them on Tuesday nights.

If you’ve seen this movie, then you know full well why.

Writer of the Year – Ed Brubaker

From Criminal to Velvet to Kill Or Be Killed, Ed Brubaker (a writer on HBO’s Westworld also) was the scribe who entertained me the most this year.

Newsletter of the Year – Orbital Operations by Warren Ellis 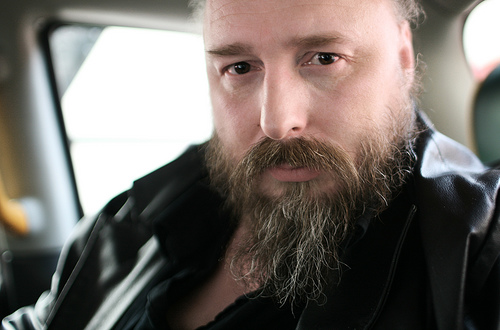 Warren Ellis and his old blogsite were the original inspiration for my finally adopting the practice of keep a regularly updated blog. A couple of years ago he discontinued the blog in favor of his morning.computer irregular journal and his weekly newsletter called Orbital Operations, which arrives almost every Sunday afternoon/evening. It keeps me inspired to write about the writer’s life.

Honorable mention goes to “From the Desk of Ed Brubaker” newsletter.

Comics Podcast of the Year – iFanboy Pick of the Week

I finally started listening to Connor, Josh and Ron break down the week’s comics on a more regular basis this year and have enjoyed it quite a bit.

I could think up all kinds of subjective “of the year” categories, but I think this is enough for this Yearbook entry.

So what does your “of the year” lists look like?