Warren Ellis was recently interviewed by THE COMICS JOURNAL via Q & A. It’s a great interview of the writer whose weekly newsletter ORBITAL OPERATIONS I read regularly. This particular excerpt I relate to rather well. TCJ: What is one thing, in spite of all the energy you have in the face of everything being terrible, that you’re afraid of? WE: Cancer. Climate change. Economic collapse. The rise of the nationalist right. And so on. You know, the same list as most other people. My daughter turns 23 this week, and I would like her to have a long life that doesn’t involve selling her organs for grain. Have a kid! You’ll be afraid of everything for the rest of your life. ‘Nuff said.

(Warning: Strong/graphic content) As part of the Q&A Podcast Fight Club 15th Anniversary Special, in which host Jeff Goldsmith sat down with novelist Chuck Palahniuk (Choke, Survivor) and screenwriter Jim Uhls (Jumper) to talk about the 1999 film, Palahniuk was asked, among other things, about his writing method, including his inspirations, habits, etc. In response, he proceeded […] via (For Those Looking To Write Transgressive Fiction), Fight Club’s Chuck Palahniuk Explains His Writing Method With A Disturbing Story — LOWLIFE MAGAZINE

Intro: Authors often discuss how reading improves your writing. However, there’s a big difference between passive and active reading, and if you’re serious about using published novels to improve your writing you must learn how to do the latter. When you read passively, you consume a novel as entertainment — you’re trawling through without paying attention to detail. This lets you form a broad judgement (“this is great!”). By contrast, active reading involves specific focus on an author’s craft. It is to passive reading what fly-fishing is to trawling. Active reading encourages your judgement to be precise (“this is great because the chapter endings created lots of suspense!”). Read: “How to use Active Reading to Become a Better Writer” by Jed Herne @ProWritingAid https://writingcooperative.com/how-to-use-active-reading-to-become-a-better-writer-b60356bdd212 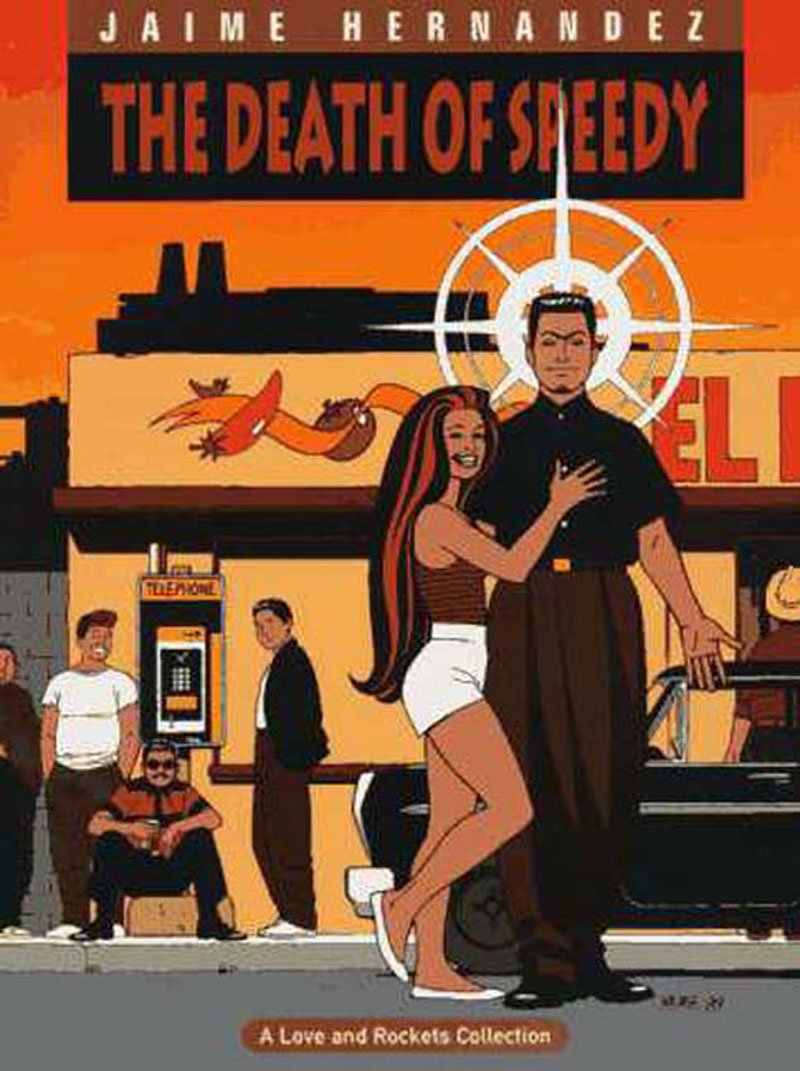 Panel Patter Gives Respect to Jaime Hernandez & Love and Rockets Head on over to Panel Patter for Scott Cederlund’s poignant (and rather timely) take on the ever seminal, transcendent and legendary Love and Rockets: The Death of Speedy by the great cartoonist Jaime Hernandez (one-half of the writer/artist creators of the 35 years-plus old series published by Fantagraphics Books). The final pages of this story are some of the most heart-wrenching and surprisingly redemptive moments in Love and Rockets or in any other comics for that matter. As the war escalates between Dairytown and Hoppers, the cost for Hopper escalates as well. These men and women that are barely more than boys and girls have been treating life as if it was nothing more than child’s play. Breaking hearts and shooting guns are their ways to hang on to their youth. It all comes crashing down as Esther’s Dairytown boyfriend’s gang escalates the fighting, shooting one of Ray and Speedy’s friends. Outside of the hospital, Speedy breaks down in front of Maggie, asking for …

The End of Reality – My Quest for Truth in the Post-Truth Era | by Doc Coyle   Writing Life: On Being an Indie Author During #GrabYourWallet | by Reggie Lutz   Book Announcement and Writing Week in Review: 11/25-12/2 | by Kristen Twardowski

WP Links What it Takes to Be a “Real” Writer – via Kristen Lamb Write What You Know (NaNoWriMo Prep Part 2) – via Rachel Poli In Defence Of NaNoWriMo – via Holly Evans Links Abroad National Novel Writing Month – Sign up! How To Cope With Feeling Unsupported as a Writer Writer’s Toolbox

WP Links The Drabble – Shortness of Breadth (100-word stories) NaNoWriMo Prep: Adding Conflict To Your Story via Holly Evans How to Outline Your #NaNoWriMo Novel via You Write Fiction Outlining: Your Novel’s Skeletal System via The Girl Who Wrote It All Down A Setting Writing Checklist via Quintessential Editor FIVE – HOW & WHEN TO USE: (WRITING TIPS) INFOGRAPHICS… via Alison D. Reid RuckiLinks RUCKERPEDIA: Horror — Fiction and poetry for the dark days of October! RUCKERPEDIA: Dark Fantasy — Ditto! RUCKERPEDIA: Supernatural — Ditto!

For even more love and appreciation of all things comics, plus comradery, spirited debate and insight. The CBU on FB